I am slowly going through all my scenarios to make sure they still work with the latest versions of TS20** and the routes that they were made for. This will take me some time to complete, but at least I, and you, will know that they work when you download them.

The Story of "Meld", told in 12 parts (tested July 2021)
This is a fictional account based on the true story of the last day that Deltic Class 55 55003 "Meld" was in service.
She actually only took over the service at York and almost immediately ran into problems. She made it as far as Newcastle before being removed and returned to York and on to Doncaster.
​You can get further details on "Meld" and all of the Deltics at the superb Napier Chronicles site: http://www.napier-chronicles.co.uk/ ​ 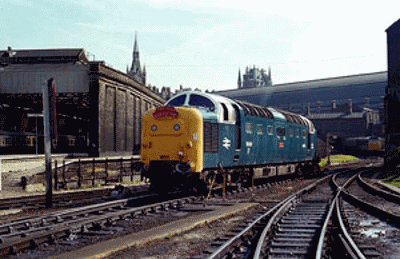 ​You pick up a Class 40 at Montrose and have a reasonably trouble-free run to Edinburgh Waverley. You change to a Class55 Deltic from there and as the journey moves along so the little problems you encounter grow. Can you make King's Cross on time?
Journey time is 475 minutes

You are the 09:40 service from Aberdeen and you are to taking the service as far as King's Cross. Scotland play World Champions England at Wembley tomorrow so the train will be a lot busier than normal. 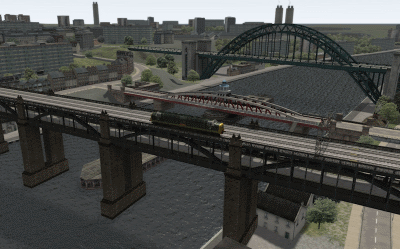 A scenario for the RSC East Coast Mainline (Newcastle to York)
4th August 1967: Collect D9010 and take the 11:00 Newcastle-King's Cross 1A21 service as far as York.
This service was hauled by D9010 at this time on this date. The speed limit at Thirsk was still in place following the accident involving a freight train and DP2 (Deltic Prototype) a few days earlier. Everything else is fictional 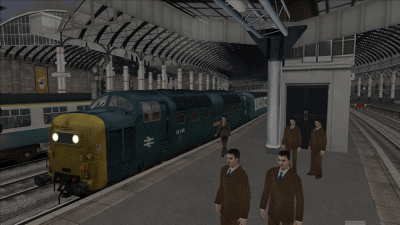 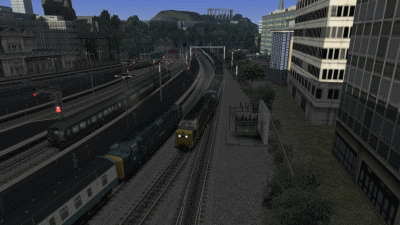 A scenario for Just Trains' SECML
Following signal problems near Newcastle, you are running 45 minutes late. Try to make up some time between Edinburgh and Dundee 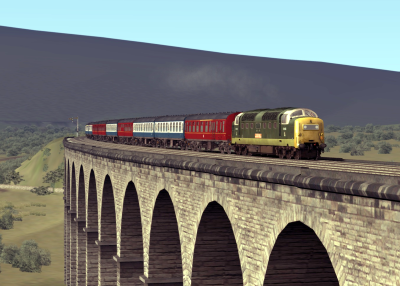 A scenario for John Griffiths Settle & Carlisle v7
D9005 was the first Deltic to traverse the Settle & Carlisle route. This was achieved on the 17th June 1967 when hauling the return leg of "The Hadrian Flyer" railtour from Carlisle to King's Cross. D9005 covered the 86.8 miles from Carlisle to Skipton in 72 minutes and 47 seconds and it is believed to be the fastest recorded time ever over the route.
Update to V2.0: The departure time, the weather, and the make-up of the train on this stretch are now all correct - I am indebted to Chris Burton (who was on the train) for those valuable pieces of information
Everything else is fictional.
Payware:
DT_MK1_coaches       DT_Wagon_pack1         DT_Wagon_pack2  Or: DT_ota_timber_wagon (Free from DT site)
RSC 8FPack01         Class111Pack
Freeware  (Both items available from this site)
CG_Class 55 reskin pack:      Settle & Carlisle v7:
D9000 London-Edinburgh Diversion - 31st July 1967  For John Griffiths Settle & Carlisle v7    (tested July 2021)

A scenario for John Griffiths Settle & Carlisle v7
On the 31st July 1967 at around 15:17, DP2 whilst in charge of the 1A26 12:00 King's Cross - Edinburgh service, collided with the derailed 02:50 Cliffe - Uddingston cement train at Thirsk. Seven people were killed and 45 injured, 15 seriously. Damaged beyond repair DP2 was taken first to York and then Newton-le-Willows where it was scrapped in 1968.
As a result of the accident 1A38 14:00 King's Cross - Edinburgh, "The Heart of Midlothian" service following two hours behind was diverted via Leeds, Settle & Carlisle and Hawick to Edinburgh. The time of day in this scenario is approximate, as is the make-up of the rolling stock hauled by D9000.
Payware:
DT_MK1_coaches        DT_Wagon_pack1         DT_Wagon_pack2 Or DT_ota_timber_wagon (Free from DT site)
RSC 8FPack01        Class111Pack
Freeware   (Both items available from this site)
CG_Class 55 reskin:         Settle & Carlisle v7 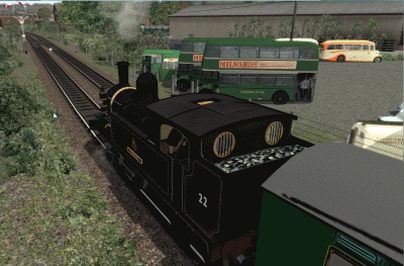 Some of the Platforms are very fussy where you stop to enable “Loading/Unloading” so beware, and the Terrier takes practice to drive well, and not to use too much water.

The Award for the “Best Placement of Cows”  in any TS  route goes to the  “IOW_NETWORK v7”
Check them out as you pass! The care taken with the track and scenery is second to none.
Freight Scenario pack for IOW_NETWORK v7 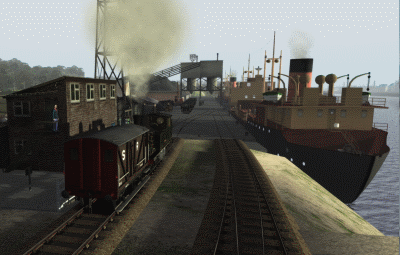 (CG) Coal Train to Ryde_v7 50min
(CG) Empties to Newport_v7 50min
(CG) Freight to Freshwater_v7 55min
(CG) Freshwater Shunting Surprise_v7 (Terrier) 50min
(CG) Newport - Medina Wharf Freight _v7 (Terrier) 60min
Swapping the DT Terrier for the Victory Works A1X:  These scenarios were made long before the VW A1X was released. Therefore they were made to be difficult when using the DT Terrier - but not impossible. The DT Terrier has very basic physics (made for Rail Simulator) which are inaccurate resulting in a loco that can pull a lot more up a hill than the Victory Works version with its accurate physics.  in the "(CG) 1951: Freshwater-Ryde PH - Shoppers' Special_v7 (Terrier)" you pull FOUR carriages out of Freshwater with the DT Terrier. Using the VW A1X I could pull THREE carriages out of Freshwater, but 4 times out of 5 I failed to get up the hill outside Yarmouth.
One solution may be to double-head the VW A1X in the Terrier scenarios. 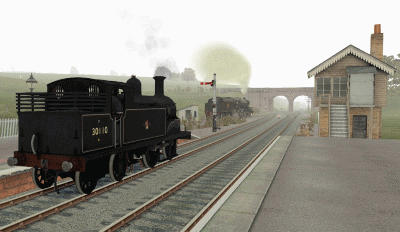 ​A set of five scenarios featuring the Digital Traction M7, all set on the SDJR