Any of these scenery items can be included in any Freeware route/scenario package - please credit me. Thankyou

The manual contains pictures (and names) of all 100+ items in the main pack, so you can have a look at what models are included before you download the main pack. There are Domestic and Commercial buildings with a few others in Miscellaneous.
​
This manual is also included with the main pack and will be installed and found in the Railworks\Manuals\EN\ folder
WW_Buildings Pack_v2

Over 100 of the models that I made for EZ scenery to use in FS9 and FSX that I have imported into Train Simulator are included in this pack. They all have Winter and Night textures (although some of the night textures are not too good due to the different ways they are displayed.
They are mostly suitable for middle distance viewing rather than right next to the tracks - they are 14 years old and designed to be viewed from 1,000+ feet - but look OK from 100 feet.

They were originally made using the Abacus Flight Simulator Design Studio (FSDS) and converted via 3DCrafter using .x files when exporting from FSDS and importing to 3DCrafter.
They are completely freeware and, as long as you don't use them in commercial projects without my permission, you are free to do whatever you want with them and include the originals or any reskins in any route assets packs you create.
If you want the .igs, .x, or .mdl files then contact me: https://www.wotawallysbits.co.uk/contact

The Manual is included in this pack and will install into the Railworks folder with the main pack.

Version 2 includes all the same models, but with all new night textures which look a lot better, and importantly cut the flickering which could be seen especially at dawn and dusk by more than 90% to the levels of TS default models 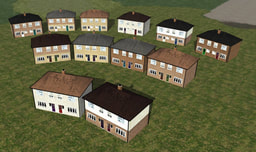 This is a pack of low-poly houses based on common types of semis found in London and elsewhere. They are typical Council stock as built in the 30's and 50's.


As usual they come with winter and night textures.
WW_Cottages and Shops-01

A collection of cottages and shops. They are based on stone buildings in Aberdeenshire which I made and then re-skinned for wider use around the UK
WW_Pubs-01

A pub, based on one in Kintore Aberdeenshire, then re-skinned for use around the UK. Each has its own totally fictitious(?) name with no connection to any living or dead pub.
WW_Churches Pack01 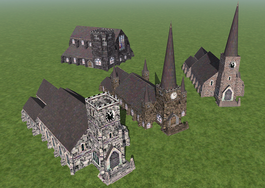 A comprehensive pack of Churches.

A selection of twenty Garden Sheds to add variety and realism to lineside gardens.
There are actually only 19 sheds at the moment - I need help with a derelict shed to complete the collection (contact me if you can help)
Sports Pitch Decals_V2 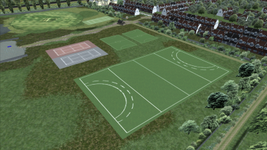 This is a collection of decals of pitches for TS201*. It combines the two packs originally released
There is a selection of Football (soccer) pitches, Rugby Union, Hockey, Fusball(5-a-side football), Tennis Courts, Cricket, Athletics and bowls. They all come with summer and winter textures.

This pack has new, improved textures for the Grass Tennis Court and the Bowling Green - both of which were way too bright
TS20** Executive Jets 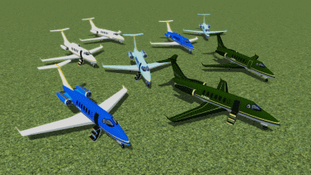 I was asked if I could supply an executive jet for a route and made use of a free 3D model I was able to sort out a couple of minor problems with it in 3DCrafter to make it suitable for TS and then export two versions into Train Simulator with some re-skins.
​
The original model was made by "3dfreegamearts" and is available from Free3D.com
WW_ Fishing Boats Pack_v1

This is a pack of eighty very basic different fishing boats based on the four versions shown in the picture.

They can be added to scenarios as well as just routes.
​WW_Pavements - Paths & Fences (plus a Pillar Box)

Lofts of Fences, Pavements and Garden Paths. Plus a lovely bright red Pillar Box just waiting to placed on a corner or outside a station (I was unable to find a model anywhere - and yet you find them everywhere
WW_Paths-Fences-Hedges_Pack02 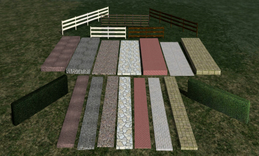 Most fences come in 5m and 10 m lengths - mine come in 6m and 12 m lengths which better match the length needed for front gardens
The Hedges can easily be expanded up to 5x if the terrain permits.
The Driveways can also be used as double width paths (two doors next to each other) or patios
WW_Baggage_1 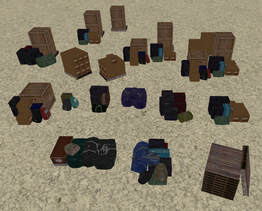 ​A collection of items for leaving on Platforms or elsewhere which can be added to either Routes or Scenarios.
Suitcases, bags, packages, crates and pallets.
You will find the items under "Clutter" in the World Editor and "Miscellaneous" in the Scenario Editor: all with a "WW_" prefix.

This is a collection of people - adults and children - suitable for the 1990s onwards.
They are models that are freely available from Archive3d, Free3d, Turbosquid, 3D Warehouse, etc.
The one condition is that they may not be used in any way in any payware.
I collected them together a couple of years ago but had some problems getting them working properly in TS20** and I was also unable to make them suitable for the 1950s UK.
I was then asked recently if I could supply some people so I looked at them again, sorted out the problems and here they are.
This pack consists of the two packs previously available on my old site
WW_Cats 01